The Causes of Dirty Beaches

Home » The Causes of Dirty Beaches
Previous Next

The Causes of Dirty Beaches 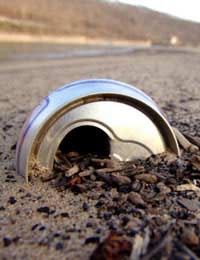 It would be nice to hear that our beaches are some of the cleanest in Europe – and you’d be forgiven for thinking that maybe you thought they were. Because over the past five years, we have done a very good job at improving the water quality after having been labelled the Dirty Man of Europe and taken to the European Court of Justice back in the year 2000 over our polluted water.

Since then, there has been a massive clean-up operation and a significant improvement in the quality of bathing water – until this year, that is.

Due to changing weather conditions and two unusually wet summers in a row, the number of beaches passing the stringent standards set by the Marine Conservation Society (MCS), have slumped by 10 percent, and caused the biggest drop in entries for the Good Beach Guide in the 21 years, since its inception.

Triple the number of beaches failed even minimum health and hygiene standards and out of 800 beaches tested, 53 failed a water sample test (as opposed to 17 last year).

These dramatic results are attributed to run-off from sewers and farms entering the sea. A heavy or prolonged downfall of rain can lead to sewerage being diverted into over-flow or storm water drains which deposit the contents directly in rivers or the open sea.

In addition, contaminated water from livestock and crops can be washed into water from farmyards and surrounding fields along the coastline. It may contain bacteria from animal faecal matter or pesticides, veterinary medicines, fertilisers and other chemicals, all of which could be hazardous to health.

However, except for this devastating ‘blip’, while water quality in general has been getting better, the state of the rest of the coastline has been getting worse. In fact our beaches are filthy.

One of the principal causes of the mess is man-made, durable rubbish – most significantly plastic. The amount of plastic found on Britain’s beaches is at the highest levels since records began.

During the 2007 beachwatch survey published by MCS, 346,000 items of litter were collected by volunteers. Over 168.5km of coast, they found an average of over 2,000 bits of litter for every kilometre or 2 bits of rubbish for every meter.

The incidence of plastic was reported as being a whopping 126 percent higher than since 1994 and now accounts for nearly 60 percent of all litter found on beaches in the UK.

The massive increase in plastic bags, drinks bottles, cigarette butts (the eighth most common objects found), and so-called ‘disposable’ containers means that arguably the most beautiful and pristine parts of our countryside are getting trashed.

And the cause of the litter? You and I. Irresponsible visitors who leave their cigarette butts in the sand and their picnic contents for others to trip over.

The second largest cause of beach litter comes from the fishing industry. This includes items such as nets, ropes, tackle, and buoys and accounts for over 13 percent of the waste found and nearly 300 pieces scattering every kilometre of beach.

As with plastic, these items are not only nasty for us to look at, but they are extremely harmful to marine life and the cause of deaths to many marine creatures who get tangled in the debris or try to eat them with devastating consequences.

Perhaps more disturbing than visitors and fishermen thinking its OK to leave their litter on beaches, is the fact that a huge amount of sewage and sanitary waste is still present. This can come from over-flowing sewerage systems or combination pipes during times of heavy rain.

If sanitary products have been flushed down the toilet at source, then there is a good chance that a percentage of them will end up on our beaches where you or your children wish to bathe.

Help put an end to this problem and put sanitary products in a bin and not down the loo.

Finally, a fourth cause for concern is the shipping industry.

We’re all aware of ships which have foundered due to storm conditions and perhaps lost cargo, but general litter, including plastic pellets washed up, account for around 1.8 percent of rubbish found, again an increase on previous years. It is thought that rubbish is just tossed overboard without a thought that it will end up on our beaches.

So, next time you want to go to the beach, remember to take your rubbish home with you and dispose of it responsibly.